WHAT IS SPLIT CELL SOLAR TECHNOLOGY? 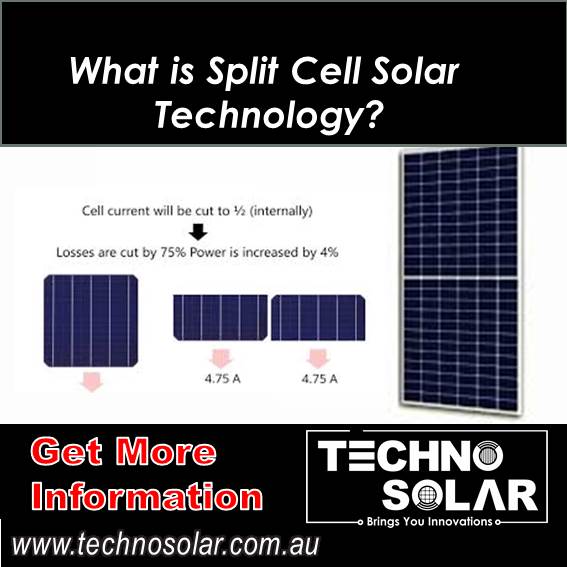 Split-cell modules have solar cells that are cut in half, which improves the module’s performance and durability. Traditional 60- and 72-cell panels will have 120 and 144 split-cut cells, respectively. When solar cells are halved, their current is also halved, so resistive losses are lowered and the cells can produce a little more power. Smaller cells experience reduced mechanical stresses, so there is a decreased opportunity for cracking. Split-cell solar modules have higher output ratings and are more reliable than traditional panels.

Today new solar module generation technology has increased the module output of up to 15 watts per module, compared to standard solar modules. Boasting the efficiency of up to 18.0%. Split cell technology is not only cutting the cells into half but also reducing the cost, ensuring a lower LCOE.

What’s the benefit of a Split Cell Solar Panels?

Split cell design improves the efficiency of a standard module, increasing the module output without adding much to the cost. Customers can enjoy cost-effective solutions without compromising on power output.

Bypass diodes and innovative series-parallel connections enable the split cell module to perform better in a partial shadow condition. With six module cell strings, a half cell module has twice as much cell strings as a standard solar module, with more strings the effective partial shade is less severe.

With split cells, one cell generates only half the current than that of a standard cell, so heat production declines. Thus reducing the chance of a hot spot generation. When one solar cell in a module cell string is shaded, lower heat production positively affects module longevity.

Split cell technology reduces resistive losses in the interconnection of solar modules. Less resistance between the cells increases the power output of a module.

This means less heat below any individual cell. This can add longevity. “Hot spots” are very common in cheap panels and can significantly reduce lifespan and performance.